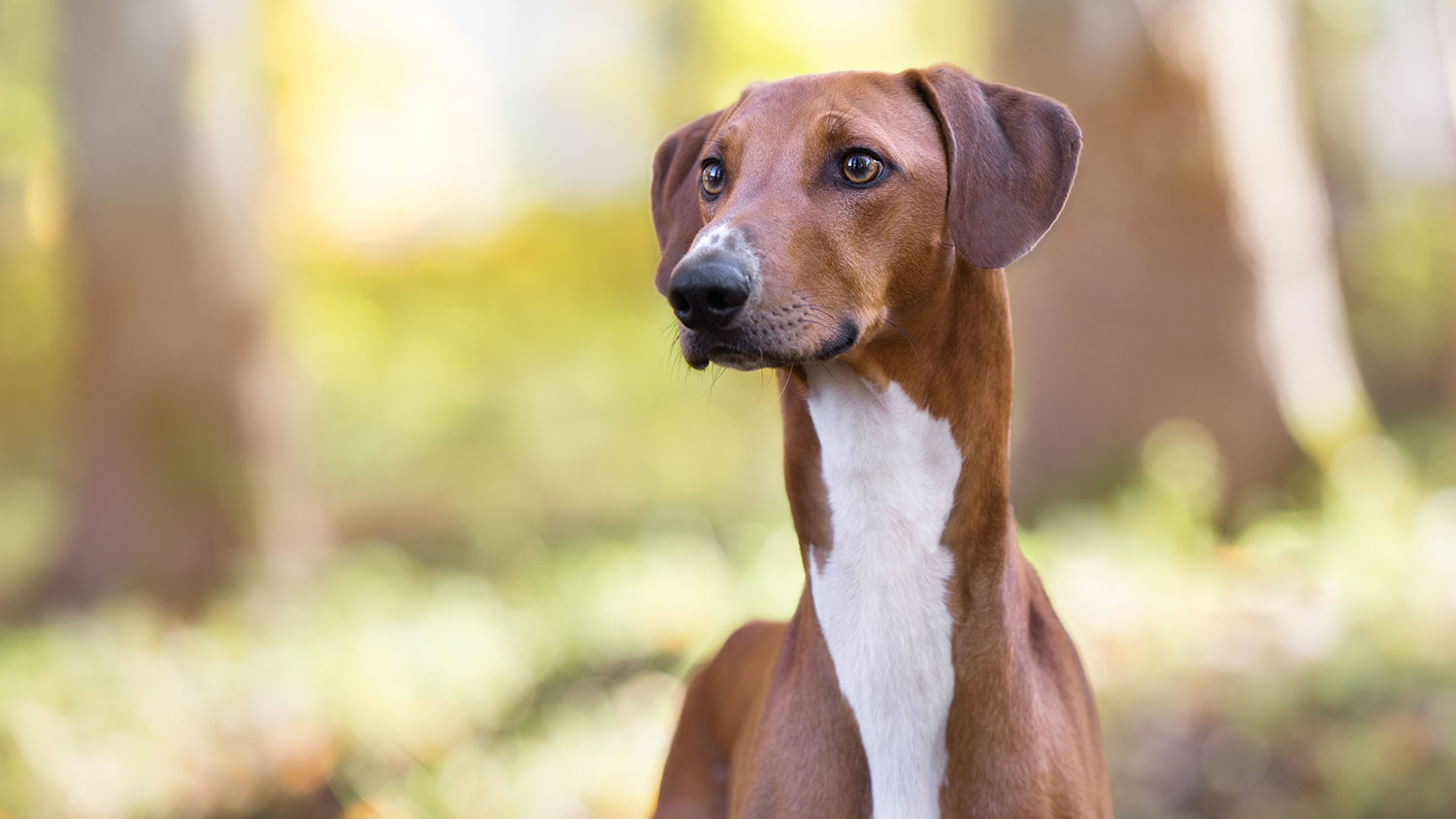 As of January 1, a new breed of dog has been recognized by the American Kennel Club. The Azawakh is a loyal and deeply affectionate breed that tends to bond very strongly with the close members of his family.

Often mistaken for a Greyhound, the Azawakh’s lean body and long legs led him to be used for hunting in his original homeland in the Sahel region of the Sahara Desert. These sighthounds are brave and skilled in chasing hare, antelope and wild boar, as well as protecting flocks. The first of the breed appeared in the United States in the mid-1980’s and has been recorded in the AKC Foundation Stock Service since 1997.

The Azawakh has a short coat that can range in color; colors include red, blue, black, brown, clear sand, fawn, brindled or parti-color. Due to their fine coat, they require very little grooming and often look their best when groomed once a week with a soft bristle brush. The Azawakh is tall and lean, with the bone structure of the dog visible beneath the skin. Males range from 25-29 inches tall and weigh 44-55 lbs. Females are closer to 23-27 inches tall and weight 33-44 lbs. Azawakh’s have a deep chest and elegant appearance; however, these dogs are quick and tough competitors.

Well-socialized Azawakhs are affectionate and playful. They tend to bond intensely with one person and can have difficulty changing ownership. Participating in socialization and training classes at a young age will set Azawakhs and their owners up for a more successful life together.

Behavior with Other Dogs

Azawakhs accept other dogs as members of their pack; however, they will usually aspire to become the alpha. Azawakhs will not play unless engaged by a human or other animal, so providing a pack for your pup will increases the chances of fulfilling her mental and physical needs.

This breed requires a high level of activity. They are extremely intelligent and thrive under reward-based training and may act out if reprimanded harshly. If an Azawakh isn’t allowed a proper outlet for his energy, he could develop poor habits such as digging or destructive behavior. This breed makes a great companion for serious joggers or runners and enjoys a large yard where they can stretch their legs.

The Azawakh are known for a few genetic conditions such as seizures, hypothyroidism and several autoimmune-mediated diseases. While breeders conduct health testing to make informed breeding decisions, owners can protect their Azawakh with pet insurance at a young age to ensure they can afford any medical surprises that may occur during the life of their dog.

Many Azawakh breeders and owners believe that these dogs aren’t for first-time dog owners as they can prove challenging if incorrectly trained and handled. You should be prepared to dedicate several hours a day of training and socialization for the first few years of your dog’s life. The Azawakh has a lifespan of 12 to 15 years and does best with one owner throughout his life. If you live a high-energy lifestyle, have adequate space in your home, are an experienced dog owner and would like a brave, loyal and affectionate dog, the Azawakh may be for you!