My Puppy is a Shark: Teething Woes 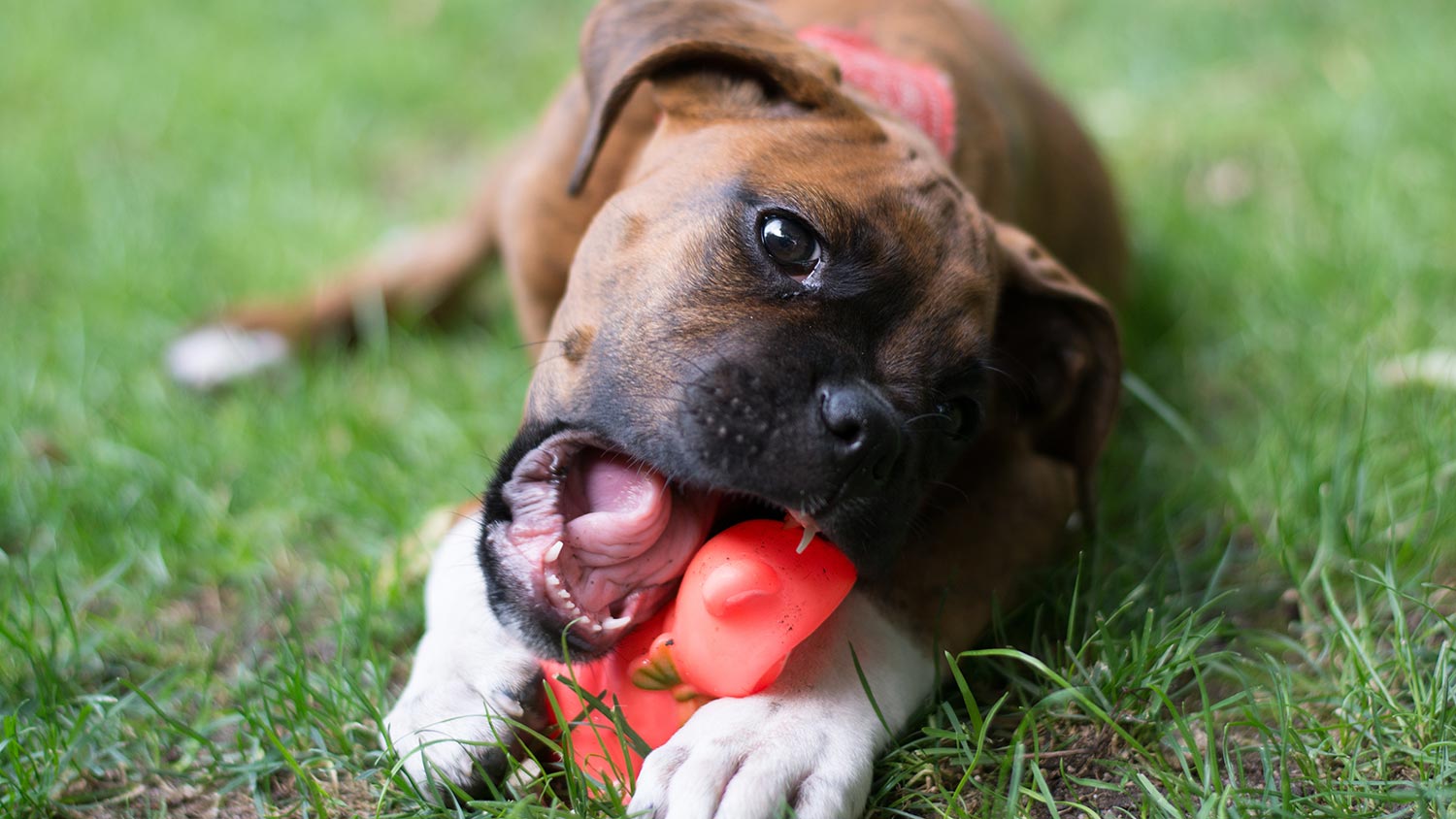 Imagine you arrive home from work and open the door, excited to be greeted by your gem of a furry friend.  As you are covered in kisses and slapped by the exuberant tail, you look past the sweet pup and witness what resembles a crime scene.  The victims include a sad, brown shoe, a slimy pink slipper, a mouthful of lettuce, your poor, poor toothbrush, the TV clicker minus a few buttons, and the shredded remains of last night’s foam takeout container.  You know you can’t punish the pup because he has NO idea what he’s done.  What can be done to lower the death toll of household items tomorrow?

A few considerations about the environment your puppy occupies and some adjustments in your daily routine can keep your house from becoming the canine carnival your dog imagines it to be!

Puppies use their mouths (and teeth) as a way of exploring their world.It’s normal for them to accidentally destroy things in the path of potential destruction.If you don’t want to risk adding something to the list of victims, put it well out of reach from the precious pup.

Canine baby teeth show themselves between three to eight weeks of age.These teeth are lost and replaced with permanent teeth after four to six months.Throughout this period of dental development, a puppy’s gums are irritated, and chewing helps to relieve discomfort.Accidental destruction often begins or heightens during this time.

Puppies have no sense of value.Avoid giving dog toys that resemble valuable household items.The old shoe you gave him to chew on when he’s bored looks JUST like the new expensive one he found in your closet.

Rule out any medical issue that might lead to inappropriate chewing.  Nutritional deficiencies caused by poor diet, intestinal parasites, and gastrointestinal issues could be to blame.

Offer size appropriate chew toys, balls, and puppy appropriate games.  Offer a wide variety of toys, and pay attention to which ones your dog is attracted to.  Keep a secret stash of favorites so you can surprise your pet with a new one periodically!

If you discover your pup involved in a destructive activity a firm “no” will suffice.  Remove the inappropriate item from the pup and replace it with something more suitable, like a chew toy.  Better yet, engage your dog in a game of fetch or “find the ball” as a healthy alternative to the destruction.  Additionally, spritzing items that should not be chewed with bitter apple spray is often helpful.

Throw a ball, go for a long walk, play hide and seek.  Dogs that are well-exercised and mentally stimulated are less likely to chew.  A tired dog is a good dog!

Before you bring home an adorable tornado of affection and destruction, give some thought to puppy management.  Following a few simple guidelines will save money and frustration, which enables you to focus your energy on enjoying the new pup!