6 Ways to be a Good Trainer 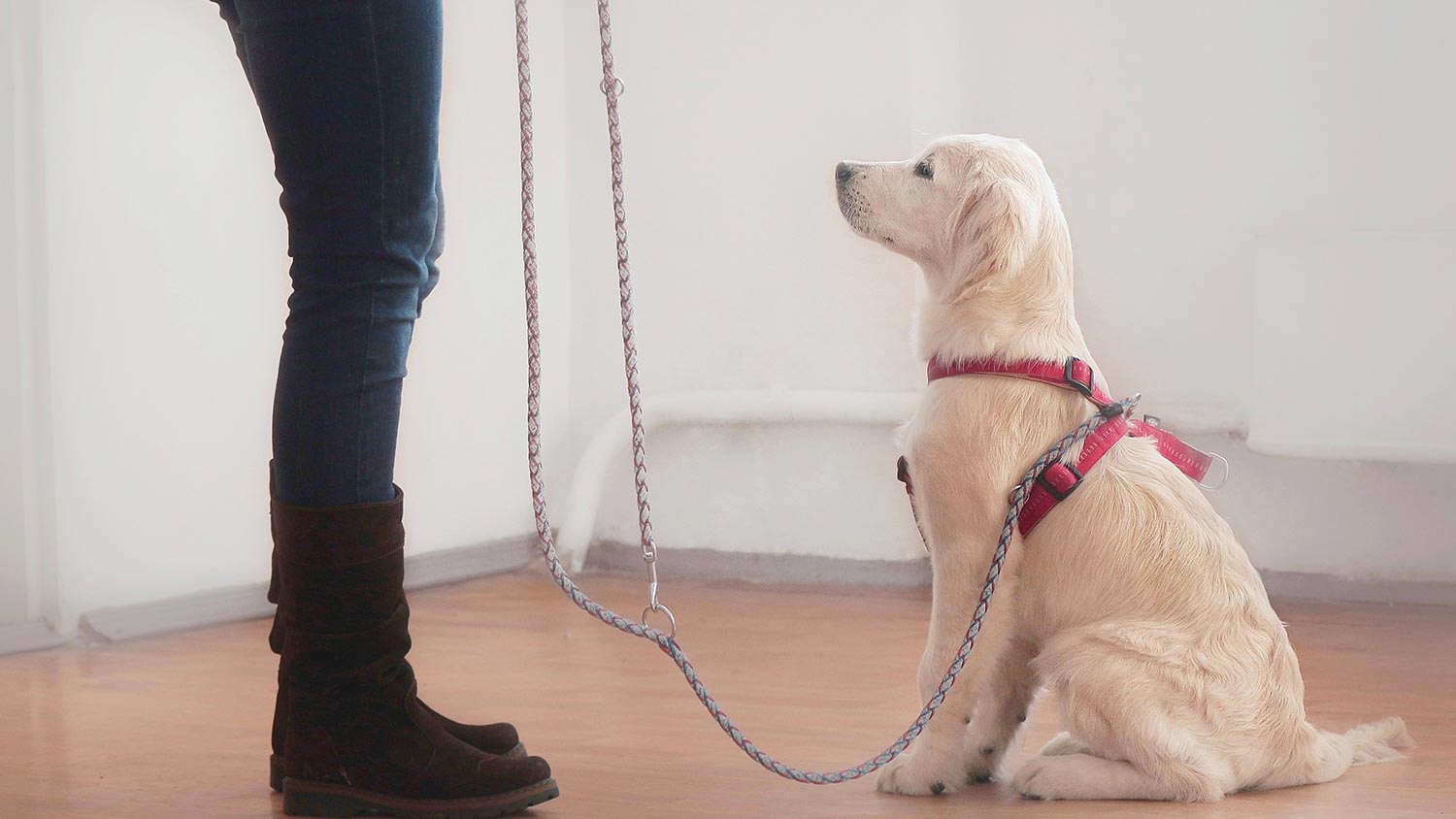 Whether you’re working on family pet obedience skills or doing some doggie fitness to mentally tire and physically condition your dog, follow these tips below to get the most wag out of his tail:

Train when you are in a good, calm mood.

​Your mood transfers to your dog. Your dog pays attention to the tone in your voice, your breathing rate, how your body smells based on which hormones you are releasing, and your mood. Remember, some dogs can even tell people when they’re about to have a seizure or when blood sugar levels are low; it’s easy for dogs to tune into human emotions using sense of smell and their expert ability to read body language. Be sure you’re in a happy, serene and confident mood when you’re doing a training session. First, your energy will transfer to your dog. Second, you don’t want to build any crankiness or other non-desirable emotion into the dog’s memory of the skill. Thus, if you’ve had a bad day, try to cheer up first before you enter a training session with your dog or perhaps wait until tomorrow to train.

Only treat behaviors that were done correctly. If you ask for a “sit” and your dog lies down, do not treat the down position or you’re teaching your dog that his guessing is okay. Resist the urge to give sympathy treats by treating your dog for trying so hard to please you. Treating incorrect behaviors and giving sympathy treats actually confuses your dog over time because he won’t be able to figure out what you truly want as the rules seem to change; for example, sometimes “sit” appears to mean sit but sometimes he gets a treat for lying down when you say “sit.”

After you say the command word once and your dog doesn’t comply, resist the urge to repeat the command word. If your dog becomes accustomed to your saying commands words multiple times before he has to listen, he will think that he doesn’t have to listen the first time and he will think that complying with command words is optional. Instead, help your dog comply by luring him into position using a treat in front of his nose. For the next repetition after luring, perhaps make the skill easier on your dog by going to a less distracting area or by trying an easier skill, such as a nose touch, to get his focus back before moving onto an intermediate or advanced skill.

End on a good note.

Stop each training session on a good note with your dog doing something correctly or perhaps even after his best repetition of the session. For example, you’re working on sphinx downs and your dog didn’t move his front paws at all and didn’t hesitate. It’s so tempting to ask your dog for two or three more of those perfect sphinx downs, but you shouldn’t. Instead, refrain from being a “greedy” dog trainer – a trainer who keeps asking for more because she is excited and then the dog ends up failing or regressing. Instead, stop with that perfect impression and seamless muscle memory in your dog’s head of what you wanted. You should even try jack-potting that wonderful last repetition by giving your dog 2-3 treats all in a row instead of just one treat. Your dog will later remember, “Wow, what on earth did I do to earn multiple cookies that time?”  Thus, training is quality not quantity. It’s better to do a few perfectly to have your dog learn the perfect pattern than to do a dozen repetitions that are sloppy or not exactly for what you were asking. An example of a non-perfect pattern would be a dog who doesn’t sit all the way down when you say “sit,” but who hovers his rear end a few inches from the floor.

Go back to an easier skill or an easier version of the current skill if your dog fails twice in a row.

Your dog learns so easily because dogs are master pattern learners. It’s really important that you don’t let your dog build the wrong pattern when your dog doesn’t understand what you are asking him to do. Thus, if the dog isn’t correct twice (e.g. you say “down” and he sits  or perhaps he breaks the down position and moves into a stand before you say “ok” to release him), then you need to (a) help your dog be successful in the next repetition by making it easier by using a treat lure, making the duration shorter, or otherwise making it easier (perhaps go to a less distracting environment) or (b) take a break from that skill and do a skill that your dog knows well so that he can be successful and earn a treat, such as “nose touch.” Dogs get frustrated, too, when they are not succeeding and earning those treasured treats or impressing their owners.

Practice safely and be conscious of your dog’s performance.

During a training session, stop the session if your dog is acting weird, seems tired or is having a hard time physically doing a skill that he can usually do with ease. Always stop if you suspect any pain or discomfort and seek veterinary guidance.  Even if you do not suspect an issue, always keep your veterinarian in the loop during regular appointments about your dog’s exercise routines and any changes you’d like to make; your veterinarian is a great resource and may have special tips based on your dog’s age or breed.

Now that you’ve refreshed the tips on how to be a good trainer, grab some treats and your dog and go have a tail-wagging-good time in a practice session!