Calming Signals: What Your Dog Says with Gestures 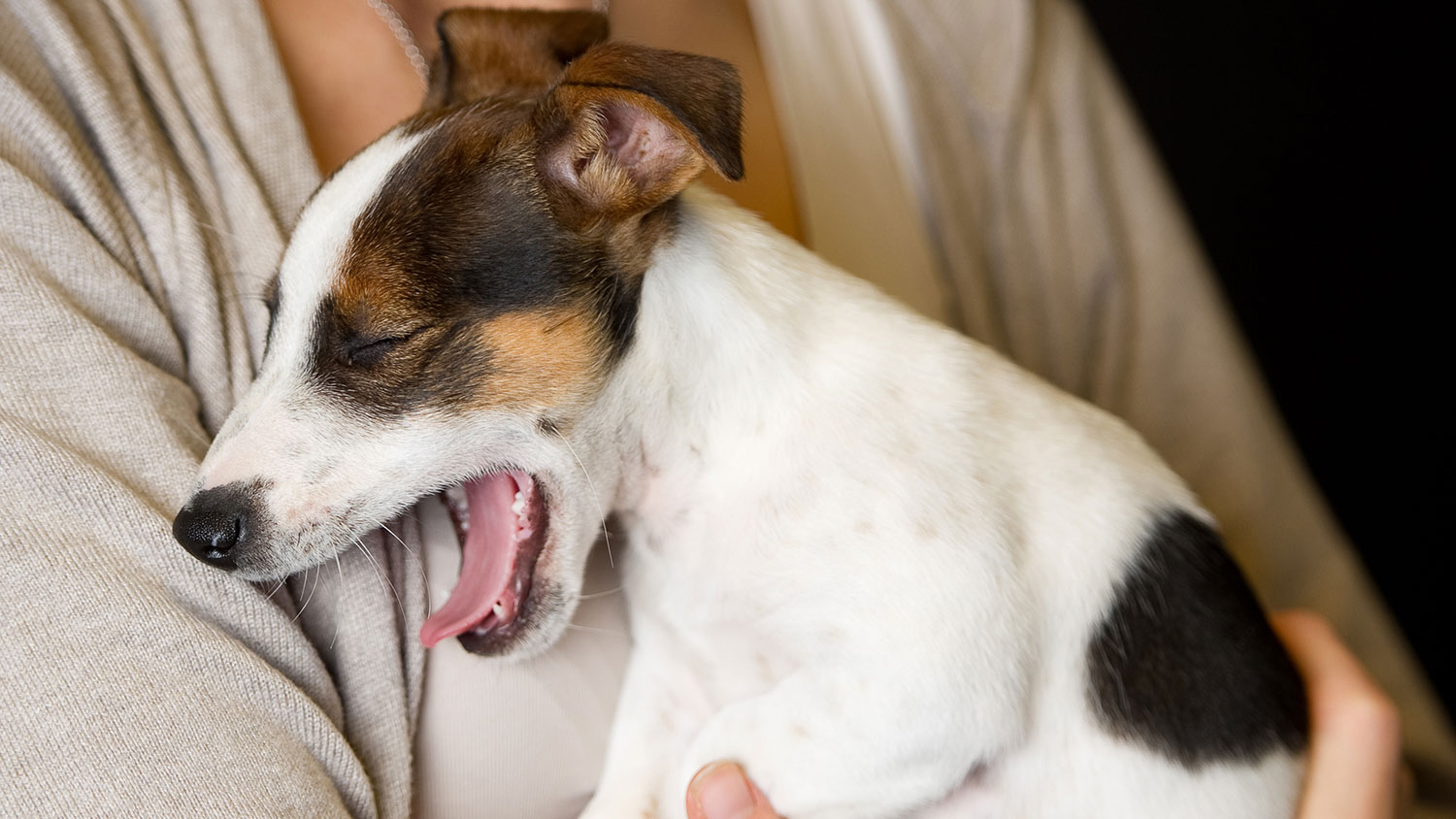 “I am a dog. All I have are gestures,” stated the dog Enzo during his narration of Garth Stein’s best-selling book The Art of Racing in the Rain. Enzo summarized it perfectly – your dog can only communicate with you via body language. Some body language cues are called calming signals, which dogs use to indicate that they want to diffuse stressful situations. Your dog may demonstrate these gestures to resolve conflict due to anxiety, fear, over-arousal (excitement), confusion, the desire to be accepted, or the request to have peace.

“Calming signals can be seen in stressful situations and in exciting situations - good and bad stress affect your dog the same way. The top three calming signals owners should be on the lookout for are lip licking, yawning, and shaking off. If your dog was just eating, taking a nap, or swimming in the pond, respectively, these behaviors probably wouldn't count as calming signals; however, during everyday interactions, they can be big signs that your dog is being stressed in some way,” stated Meagan Thomas, professional dog trainer and owner of All Dogs Allowed in Cary, North Carolina. She continued, “If you notice a kid running up to your dog to hug him and your dog looks away and flicks out his tongue or lets out a big yawn, he's probably not interested in cuddling with that child. If you just got home from work, you might notice a pattern in which your dog runs to you, jumps in the air, shakes off, jumps again, shakes off again, runs around, shakes off again, and then calmly greets you, basically saying ‘Whew! I'm good! I've shaken off all that excitement and I'm ready to great you calmly.’”

In addition to lip licking, yawning, and shaking, other signals may include nose licking, tongue flicking, looking away, turning the whole body away, showing whale eye (whites of the eyes), play bowing, sniffing the ground, lifting a single paw, walking slowly, freezing (being still), walking in curves and arcs instead of straight-on for a greeting, lowering his body toward the ground, sneezing, tail wagging, and submissive peeing. International dog trainer Turid Rugass states there are at least 30 calming signals and shares her findings in her book, On Talking Terms with Dogs: Calming Signals, and video, Calming Signals: What Your Dog Tells You.

Observe the gestures your dog offers when he meets other dogs and humans – is he telling you that he’s uncomfortable in some way? After you start noticing the calming signals that your dog uses frequently, you can help your dog by making the situation easier or removing him from the setting.  If you can help your dog become more comfortable by “listening” to his calming signals, you can sometimes avoid your dog having to use intensified body language – such as barking and lunging - to show his escalated discomfort and fear. You can also use some of those same body language cues to communicate with your dog. See below for some scenarios in which you can apply your knowledge of your dog’s calming signals:

Be your dog’s advocate by interpreting and heeding his calming signals. If needed, retreat with your dog or take other actions to ease tension. Realize that sometimes your dog uses calming signals to indicate that he wants to be friends and have a polite encounter.