Chester the Akita and His Unfortunate Amish Buggy Accident 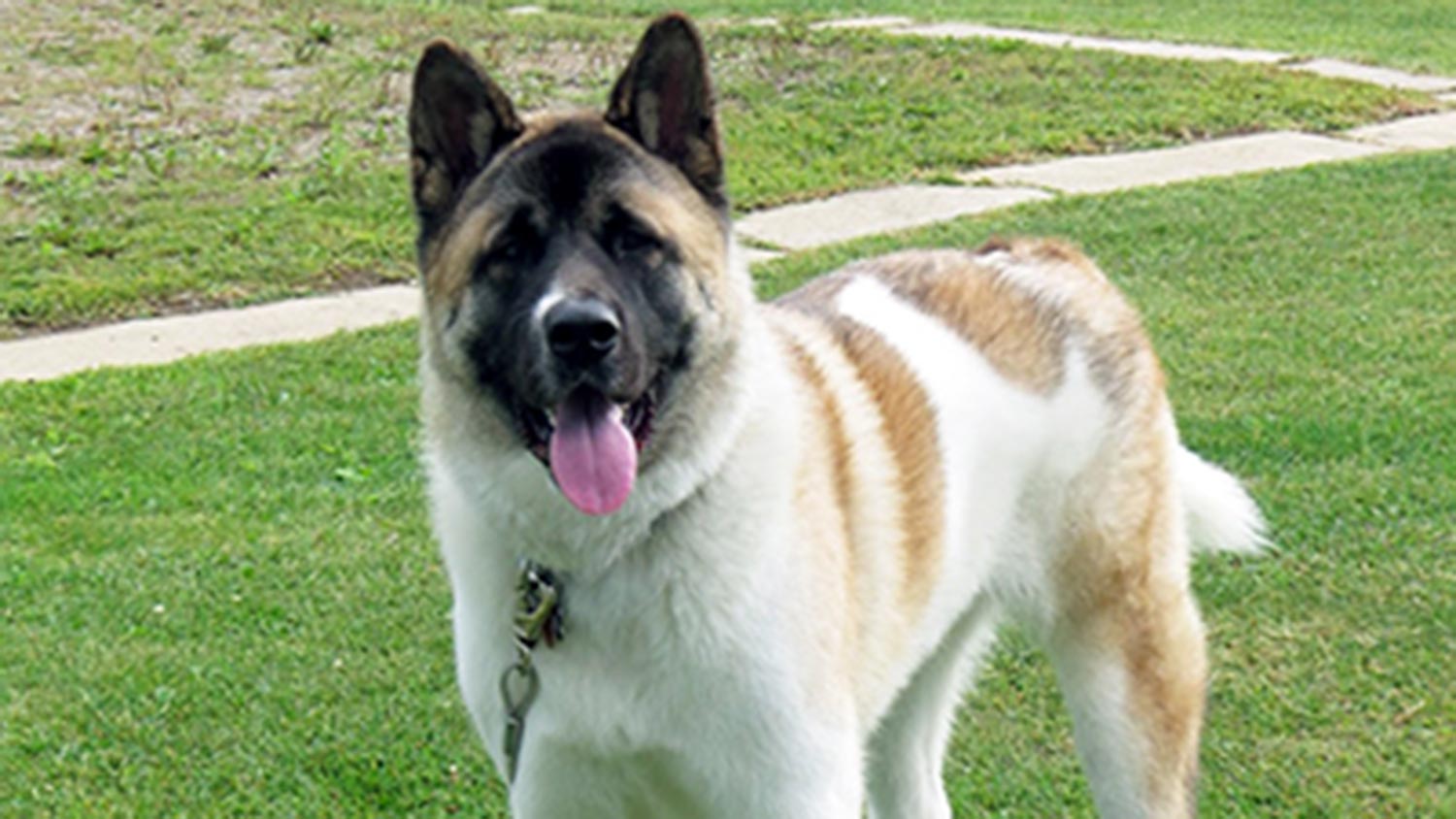 Chester is an almost 2 year old Akita who lives in Clare, MI. You might not know it, but Clare County, Michigan actually has a high Amish population. What does that have to do with a story about a dog? Well, poor Chester actually had a run in with an Amish buggy just outside of his home!

It was a Sunday, and Chester was just about to head out on a Sunday drive with his owner (and human mom), Bettie. She unhooked his leash, smoothed out the “Chester seat cover” in the car, and before she knew it, he was gone.

“I turned around and he was AWOL! Just then I heard a big dog bark, a big dog growl, and then it got really quiet. I could only hear sounds of a horse clip clopping along. There is a small hill just before you get to our driveway, and the horse was just breaking over the hill.  The buggy had four adults in it, dressed in their Sunday best. The driver waved and never stopped. I still didn’t know where Chester was. When I got to the top of the hill I saw him getting up out of the ditch. He was moving slowly but heading for the backyard to his kennel.  He wouldn’t come to me, but the fact that he was up on all four legs at least told me he didn’t have any broken legs. I finally got to him, and he had blood coming out of his backside.  Because the tail of an Akita is upward, it was pretty obvious where the blood was coming from.” (Story directly from Bettie, Chester’s mom)

Bettie did what any mom would do. First, she found out what happened. After leaving Chester in safe hands at the house, she took off after the horse and buggy. They were only a mile and a half away, so she was able to catch them and ask a few questions. Apparently, Chester had been running towards the buggy and was completely unable to stop. Instead, he slid under the big wooden wheel and was run over! Poor guy!

Next, Bettie knew that she needed to get her Chester to the vet. After finding an after hours provider (because don’t these things always seem to happen when your regular vet is closed?!?), they took their 45 minute Sunday drive to get Chester checked out. The vet did not feel the need to do any imaging, but after a rectal exam determined that Chester had a bad case of road rash on his rear. After some laser treatments to help it heal faster, they gave him some antibiotics and sent them home.

Unfortunately for Chester and his family, that wasn’t the end of it. The next morning they noticed blood in his urine. Back to the vet they went, and this time to their regular doctor. After running several tests and doing xrays, the veterinarian determined it was a bruised kidney, but he would be just fine. Tests also revealed that Chester’s bowels were pretty backed up. So they treated him with an enema… something Bettie isn’t necessarily sorry she missed!

Thanks to their PetPartners Insurance, Bettie was able to file a claim for Chester’s medical treatment. “The reason we have pet insurance is no different than the reason you have health insurance for your family. Chester IS one of the family!” Bettie says.

Rest assured that Chester is back to normal these days, though he REALLY doesn’t like it when the Amish buggies go by. Thankfully, his injuries were minimal, and he has made a full recovery.