Do Pets Recognize Their Nicknames? 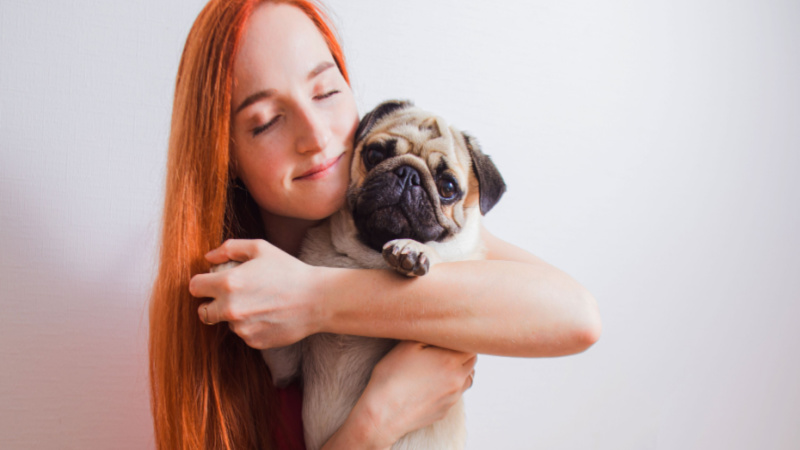 While you may have named your dog "Max," there's a good chance that you only call them Max every once in a while. More often, you probably call them "Maxie," "Puppers," or even something like "Mr. Fluffer."

As pet owners, we love to give our pets nicknames, but can your pet actually understand these nicknames? Luckily, the answer is likely yes.

Read on to learn more about how our pets understand their names, how to tell if your pet recognizes their nicknames, and how you can help your pet to better recognize their names.

Do Dogs Know Their Names?

Studies have shown that dogs process language in a similar way that humans do, using both sides of their brain to understand body language, tone of voice, and context clues. With this method, dogs can learn many different words, including their own name and various nicknames.

Dogs learn through associations. When a specific word is often followed by the same behavior, especially when it's a behavior that your dog likes, they learn to associate that word with the behavior. This is why your dog may perk up at the word "walk" or "treat."

When you call your dog by one of their nicknames, it's likely in a positive context that's followed quickly by affection – such as petting them. This helps build positive associations with your dog's nicknames, typically without you realizing what you're doing.

This goes a step further when you call them by a nickname and then they come to you. You reward that behavior with scratches or a treat, and your dog learns that this new word gets them a reward when they respond to it.

Dogs also have difficulty distinguishing like-sounding words from each other, so if any of your nicknames sound similar to their original name, your dog likely thinks that they are the same word.

Signs that Your Dog Recognizes Their Nickname

If you're not sure whether your dog recognizes their nickname, look at their body language after you say it. Here are a few signs that your dog understands their nickname:

How to Teach Your Dog Their Name

If your dog hasn't yet made the connection that you're talking to them when you use a nickname, there are ways to help them better understand.

First, have lots of tasty treats handy to reward them for good behavior. When your dog isn't looking at you, say the nickname in an excited tone and wait for them to look at you. When they do, mark the behavior with a word (like "yes") and reward them with a treat.

Play this game as often as you need to in different types of environments until your dog has built the association. The more consistent you can be with rewarding their behavior, the easier it will be for them to understand.

You want their name and nicknames to be positive words, so avoid using them in any negative contexts. If you verbally correct your dog, use a simple "Quiet" or "Down" instead of "Quiet, Max."

Do Cats Know Their Names?

While it may seem natural for dogs to learn their names, cats are typically perceived as independent, aloof animals that can't be trained in the same ways that dogs can. Recent studies have shown, however, that cats can recognize their own names – even when they're said by strangers.

Dogs have had more opportunities over the years to learn and be rewarded by the sound of their name, while cats have spent many years as transients, coming and going from the house as they please.

With many cats now spending the majority of their lives as indoor cats in close contact with humans, they have a great opportunity to learn.

Similar to dogs, however, cats don't necessarily associate their names and nicknames with themselves. Instead, they've learned that responding to those words gets them a reward of some kind, whether that's food or praise.

Signs that Your Cat Recognizes Their Nickname

Similar to dogs, you can tell if your cat recognizes their nickname by watching their body language. Look for these signs:

How to Teach Your Cat Their Name

Training a cat may be more challenging than training a dog, but it's still possible. The key is to help your cat build positive associations with their nickname, and the easiest way to do that is through food.

Using treats or even some of your cat's food, you can work with them in the same way as you would a dog. Say the nickname when they're not looking at you and wait for them to turn toward you. As soon as they do, mark the behavior with a word and reward them with food.

Repeat this game regularly in different areas of your home with different levels of distraction. As your cat starts to get the hang of it, you can reduce the number of rewards that you give out until you can stop the rewards altogether.

For many cats, sitting still for a training session won't be the most exciting way to spend their day, so this process can take a bit of time. If your cat ever seems frustrated with you, take a break from the game and resume it later when they seem more interested.

Does Your Pet Know Their Nickname?

Our pets are often smarter than we realize, and they can learn many things, including the random nicknames that we like to give them.

If your pet hasn't learned their nickname yet, give it time. With enough positive association (and some reinforcement with tasty treats), they'll pick it up sooner than you think!

Take some of the stress out of pet ownership with Accident & Illness Coverage from AKC Pet Insurance (underwritten by Independence American Insurance Company). Our pet insurance plans are designed to be there when you need them, allowing you to focus more on the health of your pet and less on costly veterinary bills. Click here for a quote today!