Beware of Foxtails: How to Protect Your Dog 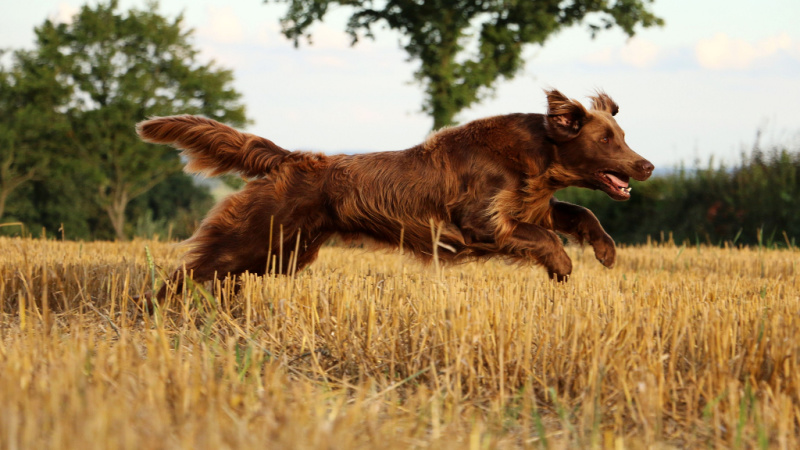 Warm weather hazards like ticks are on every pet owner’s radar, but are you keeping your eyes peeled for foxtails? Foxtails (also known as grass seed awns or stickers) are a common cause of ear and paw infections for dogs and are prevalent in the summer months. Some vets even categorize them as one of the most dangerous environmental hazards for pets, capable of causing severe pain or even death in extreme cases.

Foxtails are the dried seed heads of certain types of grasses. These seeds can break off and work their way into your dog’s ears or nostrils, as well as under the eyelids and between the toes. If there was a rainy spring, grass seeds are going to be sprouting up by the dozens… and they should be avoided.

Yes! Looks can be deceiving. The foxtail looks soft in the spring, but when the temperatures rise, they dry out, turn yellow, and their plume-like tail develops a sharp seed.

How Do They Become Attached to Your Dog?

The seeds are sharp with a dangerous front tip so small that it can easily enter through an orifice. They also have a hooked barb that punctures the flesh and stops it from being removed easily.

Luckily, foxtails can’t migrate to the brain, but they can enter the body wall and puncture a lung.

Foxtails are less prevalent in the southeast, but are found everywhere else in the U.S. The Preventive Vet says that, “Foxtails are reported to thrive in all but seven states in the U.S. In western states like California; they can exist all year long.”

States that don’t have foxtails include:

What these grasses all have in common are barbed seeds.

The various types of dangerous grasses found across the U.S. include:

Injuries from foxtails may resemble other health conditions, so if you suspect a grass seed and see any of these signs, make a vet appointment immediately. Foxtails can migrate into the body wall and puncture the lungs! This is a true emergency.

Here are some common symptoms:

If you think you see a foxtail in an ear or between the paws, try the following before heading to the vet, as these need to be promptly removed! After you remove the seed, make a vet appointment to ensure it’s completely gone. Carefully follow these steps:

If a foxtail made its way under an eyelid or up the nostril, head to your vet immediately. Don’t try and remove it on your own.

Consider these tips before a hike, walk, or fetch in the backyard to help prevent a foxtail emergency.

Getting Rid of Foxtails in Your Yard

Some experts recommend taking a blow torch to your yard to get rid of foxtails! Based on vet horror stories, that doesn’t sound unreasonable.

Here’s are ways to solve the foxtail problem:

Foxtails = A Trip to The Vet

If you live in a region with foxtails, you need pet insurance. Even if you use a blow torch to reduce the number of foxtails in your yard, you’ll end up at the vet. These nasty grass seeds can make their way up your dog’s nose, get stuck in an eyelid, or end up in your dog’s paw. In most cases, you’ll end up needing a vet to remove them. With inflation causing rising costs and foxtails causing multiple summer trips to the vet, it’s crucial to have pet insurance.

AKC Pet Insurance (underwritten by Independence American Insurance Company) offers Accident and Illness coverage, which can help you focus more on the health of your pet and less on costly veterinary bills. Policies also include the industry’s best pre-existing condition coverage after 365 days*. Click here to get a quote!

*Not available in all states.