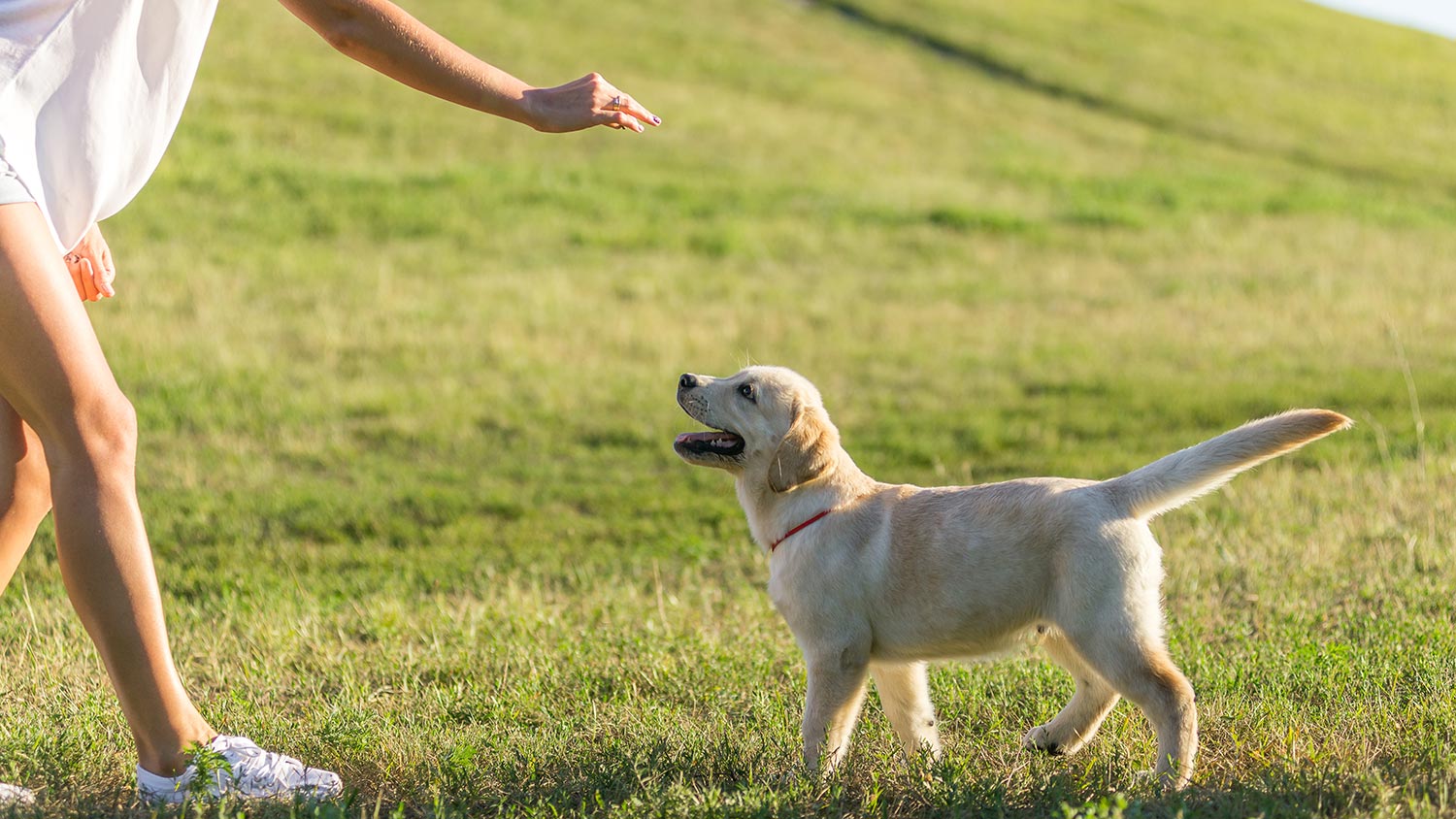 Lift a paw if you want to keep learning more fitness skills! This is the third of five blogs written to guide you through training your pup to do some foundational exercises for canine fitness.  Later in the Fit Dogs blogs, you’ll learn how to use those skills in combinations on the flat and with equipment that you already own. Keep your eyes peeled and your dog’s ears perked for the upcoming blogs! Learn some intermediate fitness skills below:

A sphinx down means your dog folds back into the down position and keeps his front paws glued to the floor in their original position. As your dog folds back into the down position, his forearms fold to the floor and then his belly and rear end hit the floor as he flexes  - curls up - his back legs. (Your dog will not be able to do a sit on the way into the down, as this would require your dog to move his front paws.) Say “yes” and give a treat when your dog is in the final position! After a few successful sphinx downs, you should name this with command word, such as “rest” or “fold.”

The sphinx down requires different muscle control and mental focus compared to a more wiggly down, in which the dog plops down his rear end and then moves his front paws forward. For that down style, most owners continue to use the word “down” as the command.

You’ve seen your dog stretch in the morning with his hind legs extended and his front legs and forelimbs (forearms) on the floor in a bow position. You can put that on command and later use it on and off equipment for a great stretch or strengthener!

Start with your dog in a stand position. Use a treat to lure the dog’s head down between his front legs while the dog’s head is still looking forward – your dog’s head should not look down between his forearms or your dog will end up with an incorrect Halloween cat arch in his back. You may need to simultaneously put your other hand under your dog’s flank - abdominal area in front of his rear legs - so he keeps his rear legs standing. When your dog reaches the bow position, say “yes” and give a treat. Release your dog with your release word (“ok”) and have your dog return to standing. Try not to let the dog go into a down position after bow; instead, have your dog stand, bow and stand. If preferred, give your dog the “stand” command after you treat the bow position, then say “yes” for the stand position and give a treat. (You learned the “stand” command in the first “Teach Fido the Fundamentals” blog). Over time, you won’t need to use the treat to lure the dog into position and you’ll be able to just say your command word (“bow” or “curtsy”).

Teach your dog to touch his nose to the palm of your hand! Read this blog to teach nose touch. Nose “touch” is a great command for getting your dog’s focus on you. It’s also a fabulous way to get your dog to shift his body weight or to stretch! Weight shifting involving a nose touch means your dog would move his head to the side or vertically to perform the touch; as the dog’s head moves, the dog would need to use muscles and coordination to remain balanced so that the rest of his body didn’t move from position. It’s that balancing act that builds strength, coordination and body awareness.

You can also teach your dog to hold his nose touch to your hand until you release him either by saying “yes” and tossing a treat or by saying your release word “ok” and then treating your dog – either method works.

After the dog understands to touch his nose to your hand, start delaying the marker word ("yes") for a second or two to teach the dog duration. The goal is a five second nose touch hold!

Master the above skills and get ready for the next two fundamentals blogs. Happy training!