What is Cold Tail Syndrome? 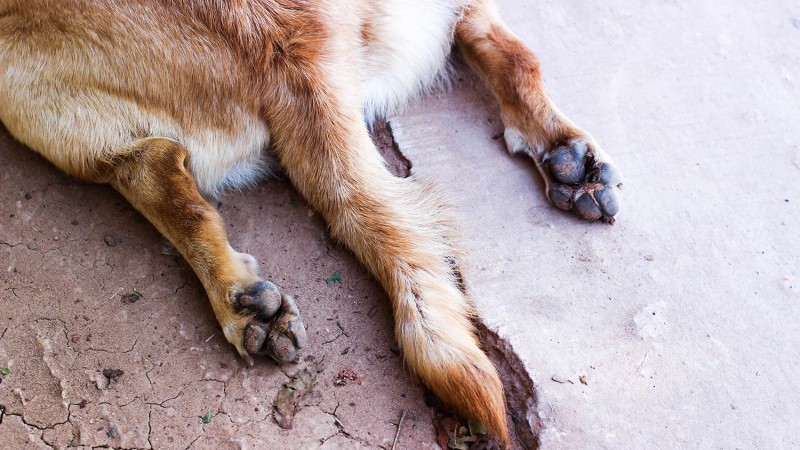 One evening, my Labrador Retriever Turbo was nibbling at the base of his tail. At bedtime, he was restless and couldn’t seem to get comfortable on any dog bed (or my bed) in the house. He even whined at me; he vocalizes when he is displeased and I couldn’t figure out what he wanted. The next day, I noticed that his tail carriage was very low and looked odd during our morning walk. Because I have a second dog of the same breed, I was able to compare tail postures between the dogs. I realized something was very wrong. Turbo’s tail was clearly drooping (physically – not emotionally).

What Is Cold Tail?

Turbo had sprained his tail. A dog can “overuse” their tail, thereby straining the coccygeal muscles used to wag and support it. A sprained dog tail, according to PetMD.com, is also referred to as cold tail, dead tail, limber tail, swimmer’s tail, frozen tail, limp tail, sprung tail, and broken tail. Ouch!

In many cases, a dog with cold tail physically exerted their tail. Often, cold temperatures and swimming – due to the powerful usage of the tail during water turns – are suspected culprits for a sprained dog tail. Prolonged transportation in a kennel where a dog cannot “stretch out” could also be a factor. PetMD also notes that this condition tends to affect retrievers, hounds, and hunting dogs more often than other breeds, but any dog could be affected.

Turbo had not done anything in excess of his normal routine of hiking, advanced obedience lessons, fetch, neighborhood walks, and swimming. However, he must have done one of those activities with more enthusiasm than usual. I sometimes see him just thumping his tail against a wall or the floor when he’s really happy. Joyful tail whacking can be hard to stop, but I now try to interrupt this tail whacking to prevent another injury.

What Symptoms Should You Look For?

The Pet Health Network wants pet owners to keep an eye out for a tail that is flaccid and hangs down limply from the base or is held horizontally for a few inches and then droops down vertically. Dogs may also show discomfort by whimpering, licking, or chewing at their tails when they have this condition. Sometimes, swelling is obvious or some of the fur at the base of the tail is raised, which may indicate underlying inflammation.

What Should You Do If You Suspect a Sprained Dog Tail?

Contact your veterinarian to determine the best treatment plan and to ensure that your dog has cold tail and not another tail-related injury.

Rest is the most important treatment and should be done for at least a week. Your veterinarian may also choose to prescribe anti-inflammatory and/or pain medications to speed up recovery and reduce pain. Dogs can also be treated with acupuncture or lasering.

In Turbo’s case, he got some much-needed rest and did controlled, on-leash walks for three weeks. Our veterinarian also chose to do laser treatment on Turbo’s tail. They cautioned me that if I increased Turbo’s activity level too quickly and too soon, the cold tail symptoms could come back. According to the Pet Health Network, dog owners may prevent this from happening the first time or from recurring by gradually increasing the amount of their canine’s exercise.

Thanks for reading and, if you think your dog has cold tail, be sure to document the symptoms and visit your vet as soon as possible.

Take some of the stress out of pet ownership with Accident & Illness Coverage from AKC Pet Insurance (underwritten by Independence American Insurance Company). Our pet insurance plans are designed to be there when you need them, allowing you to focus more on the health of your pet and less on costly veterinary bills. Click here for a quote today!